Our Firm, Our People

The law firm was originally founded in 1970 by Marland C. Reid (deceased), Robert W. Pope (deceased) and Richard M. Lewis. The firm merged with the Nance law firm in late 1989 and has been in continuous operation since that time. Each of the principal partners and the firm are Rated AV by Martindale Hubbell the preeminent national legal guide for the legal profession. 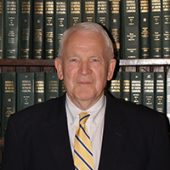 RICHARD M. (DICK) LEWIS, JR., was born in Wilmington, North Carolina on January 15, 1935. After completing high school at the Whiteville City Schools, he attended the University of Notre Dame and graduated in 1957. He then entered Naval OCS at Newport, Rhode Island. After three years in the Navy, he was honorably discharged in September 1960 as a Lt (jg), and immediately entered law school at the University of North Carolina at Chapel Hill. Upon completing law school and the bar exam in 1963, he came to Fayetteville and has practiced law there ever since.

In 1962, he married Linda Hardy and they have four sons, one of whom already is a well-recognized lawyer in Raleigh, E. Hardy Lewis.

Although Dick has primarily concentrated his practice in the area of real estate law, he has been an assistant District Attorney, civil trial practitioner, and counsel to the Public Works Commission of the City of Fayetteville for more than 40 years. Additionally, during the illness of the Fayetteville City Attorney, he pinch hit in that capacity for a year. He has served as counsel to the Fayetteville Redevelopment Commission, the Cumberland Redevelopment Commission and the Airborne and Special Operations Museum Foundation. Aside from his legal contributions, he has given to his community generously. In 2001, the Occoneechee Council of the Boy Scouts of America presented Dick with the Distinguished Citizen Award. He has served as President of the Fayetteville Area Chamber of Commerce, the Kiwanis Club of Fayetteville (Distinguished President’s Award; E.J. Wells Cup for “Outstanding Civic Contributions”), Twelfth Judicial District Bar, Cumberland County Bar Association, Cumberland County United Way (Campaign Chairman & President), Methodist College Loyalty Campaign, Cumberland County Heart Fund, Fayetteville Civic Music Association, and Parrish Counsel, St. Patrick’s Catholic Church. He recently retired as a director of the Wachovia Bank local board. Dick is a member of the American Bar Association. He continues to serve as the attorney for the Airborne and Special Operations Museum Foundation.

Dick has coordinated the Legal Aid Access to Justice campaign for the Cumberland County Bar Association, and has perennially volunteered for the nationally recognized Cumberland County Law Day service project where his skills as a carpenter have materially contributed to the repair of low income senior citizen homes. He always looks forward to the project, and arrives early and stays late.

Dick is the personification of what every ethical, competent, and highly professional lawyer should aspire to be. But above all else, he is a gentleman, always considering the feelings and circumstances of others. He is sensitive and kind to everyone, regardless of their position or station in life.

He is of impeccable character, highly respected, and preeminently recognized by his peers and the bar in general. It is not uncommon at all for members of the Bar to call on Dick for direction in ethical matters, professionalism, and general guidance in life. Dick is as good a lawyer and fine a man as you will ever meet, and is well deserving of induction to the General Practice Hall of Fame, although he is far too humble to ever believe that he is deserving of the honor. 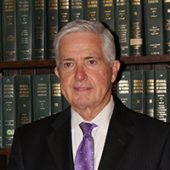 Renny W. Deese has been licensed to practice law in North Carolina since 1971. Mr. Deese is a native of Charlotte, North Carolina. He graduated from The Citadel, The Military College of South Carolina in 1968, and Wake Forest University School of Law in 1971. After graduation, Mr. Deese served in the Judge Advocate Generals Corps until 1974 when he joined his present law firm as an associate. Mr. Deese is now the managing partner in the law firm of Lewis, Deese Nance & Ditmore, L.L.P.

He served as Councilor to the North Carolina State Bar for the Twelfth Judicial District Bar from 2001-2010, and was the chair of the Ethics Committee of the State Bar. He also served on the Board of Paralegal Certification from its inception (2002) to 2012, and as chair of the Board for nine years. Mr. Deese also served on the Disciplinary Hearing Commission of the State Bar from 2011 to 2015, and Chaired the Ethics Commission of the City of Fayetteville from 2010 to 2016.

Mr. Deese has been a speaker at numerous continuing legal education seminars sponsored by the North Carolina Bar Foundation and Wake Forest University School of Law and the American Bar Association. He has written and presented manuscripts on various family law topics, including alimony and equitable distribution. Mr. Deese appears in the District and Superior Courts throughout southeastern North Carolina, and regularly practices before the North Carolina Court of Appeals, and Supreme Court of North Carolina.

Mr. Deese is certified as an arbitrator by the American Academy of Matrimonial Lawyers, and as a family financial mediator by the NC Dispute Resolution Commission.
In 2012, Mr. Deese was presented the Centennial Award by the North Carolina and Cumberland County Bar Associations. 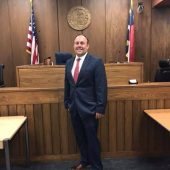 After filling in as a 5th grade teacher for the remainder of the 2001-2002 school year at Warrenwood Elementary, he took a position as a teacher and coach at his alma mater, Pine Forest High School. He taught and coached baseball and soccer there for the next three years.

In June of 2007 he joined the Cumberland County Sheriff’s Office and attended Basic Law Enforcement Training. During his time at the Sheriff’s Office he was a bailiff, school resource officer and spent the majority of his time there as a detective.

While at the Sheriff’s Office he returned to Fayetteville State University and in 2011 received a master’s Degree in Criminal Justice.

In August of 2015 he left the Sheriff’s Office and attended Campbell University School of Law in Raleigh, North Carolina. In May of 2017 he joined the firm as an intern. He was able to graduate a semester early in December of 2017 and in the Spring of 2018 he became an Associate with the firm, and on August 1, 2019, became a partner. 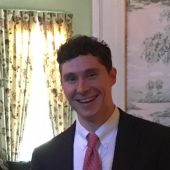 Jordan Nitz was born in Lexington, Kentucky on April 25, 1990.  After graduating from Cornerstone Christian Academy in 2009 he went on to study Political Science at Wheaton College in Illinois, graduating in 2013. Jordan went to Campbell Law School from 2015 – 2018, and after his first year of law school he married his college girlfriend, Kristin Kokubun, on June 18, 2016. Jordan and Kristin welcomed a daughter into their life on January 13, 2019, Virginia Rey Nitz.

Mr. Nitz came to Lewis, Deese, Nance & Ditmore in 2018 after passing the bar.

Practice Areas: Wills and Estates, Serves as a Public Guardian for Cumberland County.